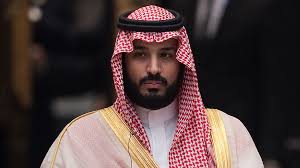 Prince Abdulaziz Bin Salman stays as energy minister under a new cabinet, to be headed by the crown prince, according to a royal decree.

Prince Mohammed, who turned 37 last month, has been first in line to succeed his father as king since 2017.

Saudi Arabia has for years sought to quell speculation over the health of the 86-year-old king, who has ruled the world’s top oil exporter since 2015.

In 2017, it dismissed reports and mounting speculation that the king was planning to abdicate in favour of Prince Mohammed.