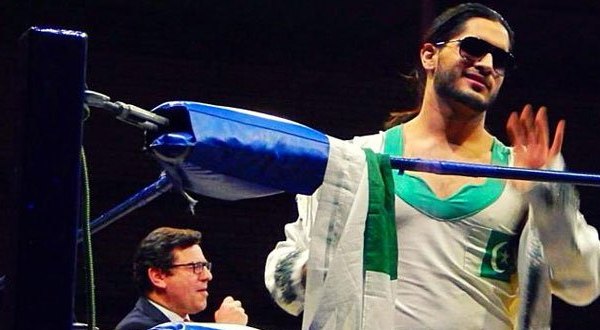 PARIS: The family of Badshah Khan from Wah Cantt believed that their 21-year-old wrestler would make it to WWE.

Badshah’s uncles Syed Nisar Ahmed, Irshad Ahmed and Imtiaz Ahmed said they are proud of their nephew for being the first Pakistani to enter the world of professional wrestling.

‘Tough Enough’ is a golden opportunity for the young wrestlers to get chance to represent in WWE, which is dream of millions wrestlers.

The reality show hosts a total of 15 contestants (10 men, 5 women) the winner will be rewarded $250,000. All of the participants are provided professional training and compete to get contract with WWE.