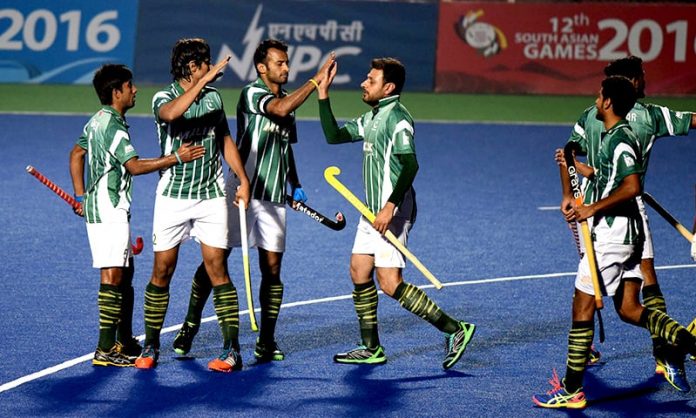 Two-time champions Pakistan will face arch-rivals India in their second match of the Asian Hockey Champions Trophy 2018 at the Sultan Qaboos Sports Complex in Muscat on Saturday.

The last time the sub-continent rivals met in the tournament was in 2016 when India defeated Pakistan 3-2 to lift the title for the second time. Both India and Pakistan have won the trophy twice with Pakistan winning the title in 2012 and 2013 while India was named champions in 2011 and 2016.

Today’s match will be the first encounter between the two teams since the bronze medal contest in the Asian Games in Jakarta.

The biennial event is being held in Muscat from October 18 to 28 at the Sultan Qaboos Sports Complex in Muscat, Sultanate of Oman.

The match between Pakistan and India will start at 10:10pm Pakistan Standard Time