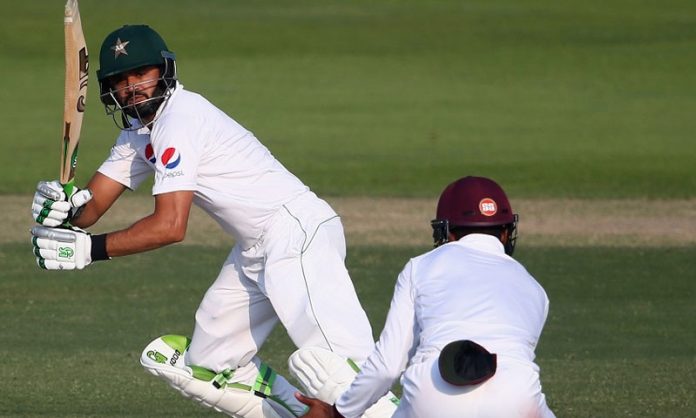 ABU DHABI: Pakistan were 114-1 in their second innings at the close of play on the third day of the second Test against the West Indies in Abu Dhabi on Sunday.

Azhar Ali was unbeaten on 52 and Asad Shafiq was five not out as Pakistan stretched their lead to 342 after dismissing the West Indies for 224 in their first innings.

That gave Pakistan a first innings lead of 228 as they bid to claim an unassailable 2-0 lead in the three-match series.

Pakistan, who won the first Test in Dubai by 56 runs, had made 452 in their first innings.