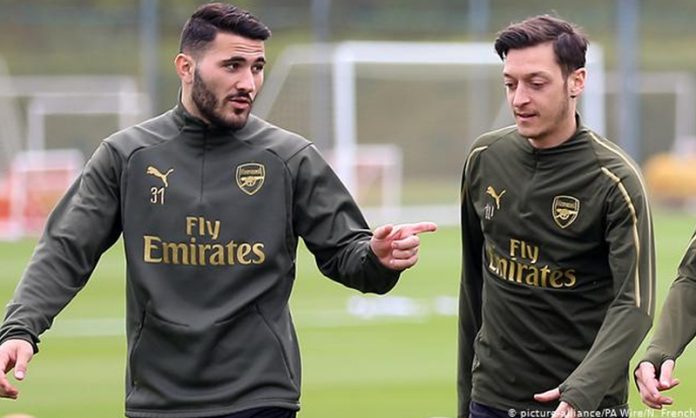 Arsenal stars Mesut Ozil and Sead Kolasinac have been involved in a carjacking attempt by an armed gang in a London street. However, the club confirmed, but both escaped uninjured.

Footage on social media went viral that show Kolasinac chasing the robbers in Platts Lane, near Golders Green, at about 17:00 BST.

Arsenal said in a statement: “We have been in contact with both players and they are fine.”

In a video the full-back Kolasinac is seen fighting off two men who are wielding knives. The player can be seen jumping out of a vehicle to confront the masked men who had pulled alongside the car on mopeds.

In the footage, both car jackers were seen to be armed and were filmed brandishing knives at 26-year-old Kolasinac, BBC reported.

Kolasinac and midfielder Ozil are not the first footballers to be targeted on London’s roads.

In 2016, then West Ham striker Andy Carroll was threatened at gunpoint on his way home from training.

This is the craziest thing you'll see on Twitter this week. Mesut Ozil was attacked by a gang with knives so his teammate Sead Kolasinac fought them off with bare hands 💪💪👏👏 pic.twitter.com/9aSi6unF2V