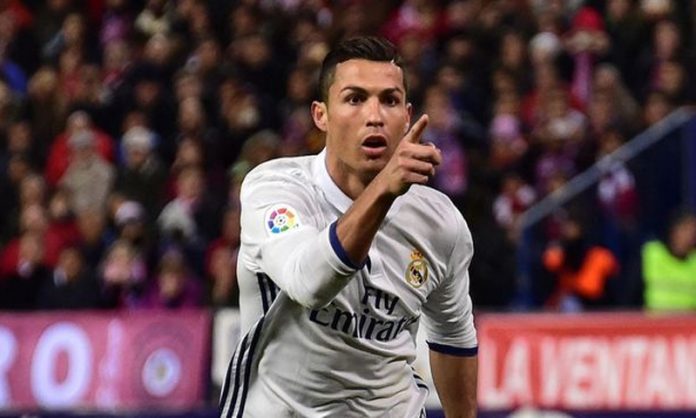 Real Madrid superstar Cristiano Ronaldo has made a bet with his teammates that he will win La Liga’s golden boot despite 11 goals behind in-form Lionel Messi.

The 32-year-old is going though bad patch since returning to the club after five games suspension. But he has never been short of confidence, and reports in Spain claim that despite his disappointing start, the Madrid man is sure he will make up the difference.

Talking to Radio MARCA’s El Transistor programme this week, journalist Jose Ramon de la Morena revealed the news that Ronaldo has had an ambitious wager with his team-mates in the dressing room.

Barcelona rival Lionel Messi has 12 goals to his name so far this season, and Ronaldo – with just one – still believes he will overtake him to win the Pichichi award.

The Portuguese legend will also have to leapfrog players such as Valencia’s Simone Zaza (nine) and Villarreal’s Cedric Bakambu (eight) if he is to win the award.

Ronaldo has played seven of Real Madrid’s 11 La Liga matches so far, with his only goal coming against Getafe on October 14.