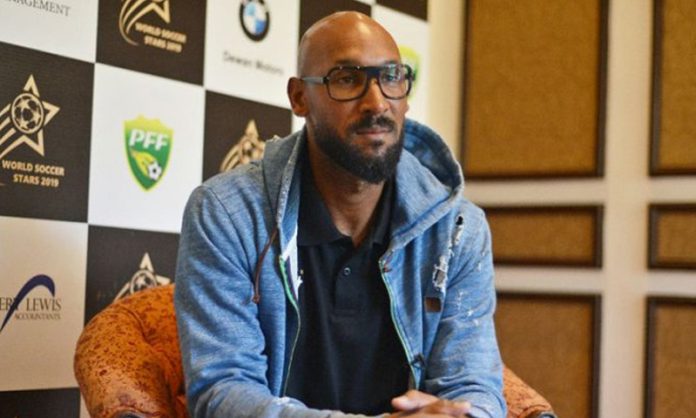 “I said practically at the beginning, when they were in trouble in the group, that they were going to win the Champions League,” Anelka declared in Islamabad Tuesday after touching down to promote football in cricket-mad Pakistan.

After a hesitant start to their European campaign, with the team lying third behind Liverpool and Napoli in Group C, PSG won their last two group matches to finish top.

“It´s in these moments that we find the soul of a team. That´s how we manage to weld a group,” said Anelka, who had two spells at the Paris club in 1996-97 and 2000-02 either side of stints at Arsenal and Real Madrid.

Anelka said to him it was “not a surprise” that PSG cruised to a 2-0 victory at Manchester United in the last 16 first leg three weeks ago, reserving special praise for the “precocious” Mbappe whom he described as “one of the best strikers in the world” ahead of Wednesday´s second leg in Paris.

Anelka, 39, arrived in Pakistan on Tuesday as part of the World Soccer Stars, a programme to develop interest in football in the South Asian country where cricket is king.

“I like travelling, I liked everything I did, I travelled the world — it´s not because I was not stable, it´s because after two years I had achieved that I had to accomplish,” said Anelka, who has changed clubs 12 times and played in seven countries, including China and India.

His international career ended when he was sent home from the 2010 World Cup after a bust-up with France coach Raymond Domenech but Anelka said he had “no regrets.”

The forward, who also played for Chelsea, Liverpool and Manchester City, now advises youth players at the Lille training centre and explained he wanted to bring the knowledge gained over his long career “to the new generation”.

“There is hardly anyone who can have a better experience than me at home and abroad,” he said.