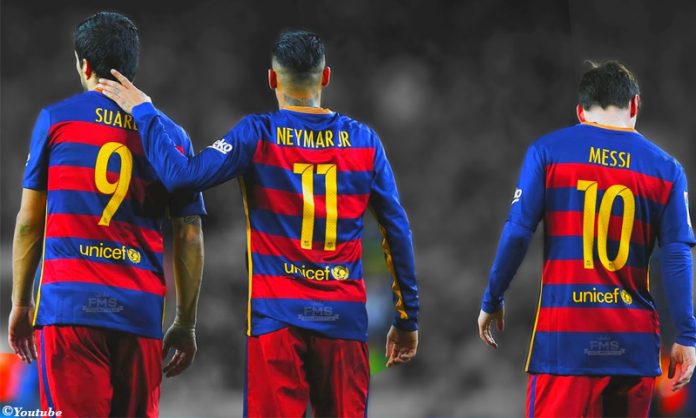 According to Esporte Interactivo, Neymar has been convinced of PSG’s project — of which he will be the star — and has verbally agreed a contract with the Ligue 1 side.

The 25-year-old’s close friend and international teammate Dani Alves recently snubbed a move to Manchester City in favour of PSG and it seems that may have been part of the club’s attempt to lure the forward to France.

That means Barcelona would not be able to stop Neymar leaving if he wanted to go.

Barca officials, however, are confident that Neymar has no intention of leaving them. They believe that, like last summer, Neymar and his camp will reject overtures from PSG.

“Selling Neymar is not something the club would think about,” spokesman Josep Vives said at a press conference. “We are very calm.