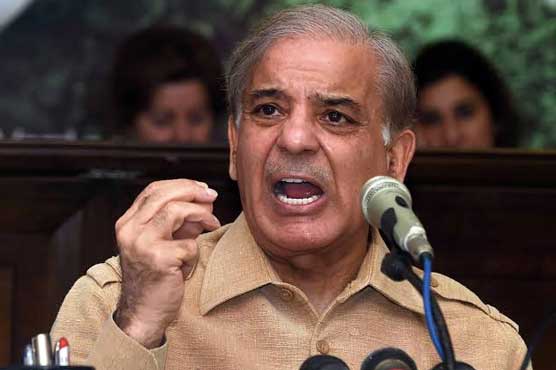 LAHORE: Prime Minister Shehbaz Sharif on Sunday said that no compromises can be made when it comes to Pakistan’s security and defence.

Speaking in a meeting related to the law and order situation of the country under his chairmanship, the premier urged the law enforcement agencies (LEAs) to improve their performance and said that it was the only way to change the perception of the public.

During the meeting, which was also attended by Punjab Chief Minister Hamza Shehbaz, Interior Minister Rana Sanaullah, Deputy Speaker of the Punjab Assembly Dost Muhammad Mazari, and other senior officials, the prime minister was apprised of the latest law and order situation in the country, while the situation in Punjab was also discussed.

After being briefed about the eradication of terrorism from the country and the threats posed in this regard, the premier said that the entire nation was on the same page with the government when it came to fighting terrorism and terrorist elements.

“The people of Pakistan stand by their armed forces and law enforcement agencies,” PM Shehbaz said, adding that the government will continue its struggle till the complete eradication of terrorism from the country.

The premier then added that when it comes to the security and defence of Pakistan, no compromises can be made.

Shedding light on the role of provinces in the National Action Plan, the premier said that the participation of provinces will be restored.

“Ignoring the role of provinces in the National Action Plan over the last four years has increased terrorism in the country,” he said.

During the meeting, PM Shahbaz directed the authorities concerned to ensure the protection of lives and property of the people across the country and also expressed concern over the increase in street crime incidents.