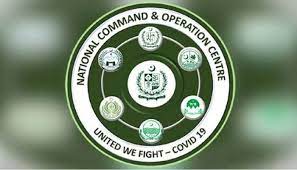 ISLAMABAD: A notification has been issued to restructure the National Command and Operations Center (NCOC).

Prime Minister Shehbaz Sharif had ordered to revive the NCOC when new varieties of Corona came to light, after which the National Command and Operations Center has been restructured.

According to the notification issued in this regard, the concerned ministries and directorates will continue to assist in the operations of the NCOC as per their role and objectives while the Federal Minister for National Health Services will be the head of the NCOC.

Earlier, Prime Minister Shehbaz Sharif had ordered immediate reinstatement of NCOC after the new structure of Omicron virus was reported in the country.

According to a local TV, Prime Minister Shahbaz Sharif has taken notice of the growing number of cases of new structure of Omicron in the country and has ordered immediate restoration of National Command and Operations Center (NCOC), an agency set up for anti-coronavirus.

The Prime Minister has also sought a report from the Ministry of National Health on the current situation regarding the new structure of Omicron.

Yesterday, the National Institutes of Health (NIH) confirmed the sub-variant through genome sequencing in Pakistan.

According to the National Institutes of Health, the number of cases in different countries is increasing due to the new variant.

It should be noted that the NCOC was set up in the previous government headed by Asad Umar after the outbreak of Corona in the country.