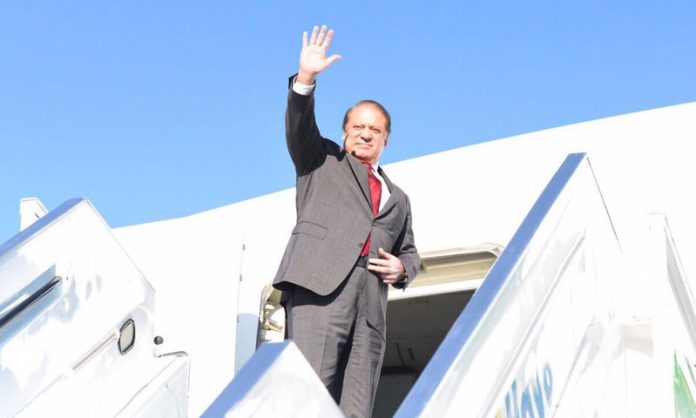 LONDON: According to reliable sources in Pakistan Muslim League-N, the program of party leader Mian Nawaz Sharif’s return home before the upcoming elections has been decided.

As a new development, Nawaz Sharif has instructed the party that if Tehreek-e-Insaf chief Imran Khan dissolves the Punjab and KP assemblies, new elections should be held there within 90 days as per the constitution. He will run the election campaign himself there.

According to the sources, Nawaz Sharif can return home anytime in this situation, Nawaz Sharif has also completed consultation with his lawyers in this regard.

Immediately after PML-N’s ​​arrival, appeals for review of his convictions will be pursued in the courts.

According to sources considered very close to the Sharif family, it has been decided at a high level that Nawaz Sharif will no longer keep himself away from domestic politics and will directly lead his party and supporters in the next election.

Earlier, PML-N Quaid Nawaz Sharif accompanying his daughter Maryam Nawaz and other family members have left the UK for a five-nation tour of Europe amid political turmoil back home in Pakistan.

The family, during a 10-day-picnic, will visit different countries of Europe. Last night, the Sharif family had reached a European country.

Earlier on October 5, Maryam Nawaz arrived in London to reunite with her father Nawaz Sharif.

Last week, a diplomatic passport has been issued to Pakistan Muslim League-N Quaid and former prime minister Nawaz Sharif, who is in London.

Nawaz Sharif’s family sources have confirmed that the former prime minister has received a diplomatic passport.

On the other hand, Nawaz Sharif also says that he has the diplomatic passport with him for several days.

Meanwhile, Tasneem Haider, who has made serious allegations of murder conspiracy against the leadership of Pakistan Muslim League (N), has claimed that Nawaz Sharif and Nasir Butt will be arrested in two to three days.

In his interview, Tasneem Haider said that Nawaz Sharif and Nasir Butt gave the responsibility of arranging shooters to remove Imran Khan and Arshad Sharif from the way. I took responsibility for attack on Imran Khan, he added.