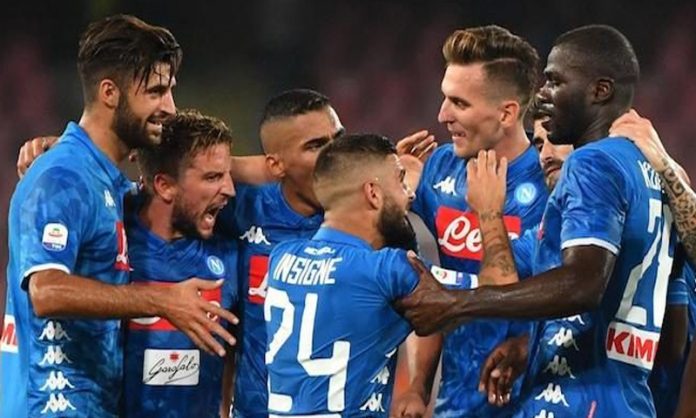 Italian giants Napoli thrashed holder Liverpool 2-0 in the Champions League opener on Tuesday, while one missed spot-kick condemned Chelsea to defeat against Valencia.

Liverpool survived a 1-0 defeat in Naples in the group stage last season to go on and win their sixth European Cup, and this time a 2-0 reverse at the San Paolo made them the first reigning champions to lose their opening game in the competition since 1994.

Both sides had chances but the Group E clash was edging towards a goalless conclusion until a late penalty award for the hosts. Barely 10 minutes remained when Jose Callejon went down under an Andy Robertson challenge.  Dries Mertens beat Adrian and substitute Fernando Llorente then took advantage of a rare defensive lapse by Virgil van Dijk to make it 2-0 in stoppage time.

Meanwhile, Barcelona will be relieved to escape from their trip to Borussia Dortmund with a 0-0 draw as Lionel Messi returned from injury as a second-half substitute.

The home side will feel they should have won, but Marco Reus had a second-half penalty saved before Julian Brandt hit the bar late on.