Former Pakistan captain Misbah-ul-Haq has decided to continue as an active player in Pakistan Super League (PSL) after initially suggesting a transformation to a non-playing role.

The decision means that former captain will not be able to continue with Islamabad United, his PSL team for three years that was looking to appoint him as team mentor for the season.

“In weeks leading up to the draft, Islamabad United had reached an agreement with Misbah-ul-Haq regarding his appointment as mentor of the franchise for the PSL4 and going forward,” read a statement from Islamabad United.

“Despite having reached that agreement, the franchise was informed yesterday that Misbah wishes to stay in players’ draft for PSL4 for consideration as an active player.”

As Islamabad United has already announced its platinum players and aiming to enter draft with a fresh strategy, it won’t be possible for the franchise — as they announced themselves — to keep Misbah as a player in the team.

The franchise had earlier announced that Misbah would be made a transition to a non-playing role with the franchise in PSL4.

Misbah will now be available as player during PSL draft which will be held in Islamabad on November 20. 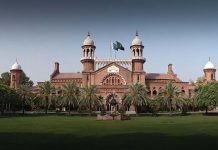 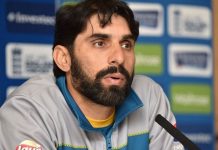