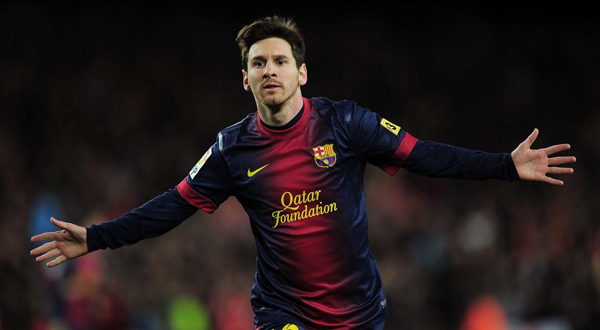 Barcelona superstar Lionel Messi netted the bowl on his 500th appearance for the club as his side finished a magnificent 2015 on top of the La Liga table.

Messi recovered from a knock which forced him to go off for treatment to double the lead before Luis Suarez scored twice after the interval.

Barca finish 2015 with 180 goals in all competitions, a Spanish record.

They are level on points with Atletico Madrid, who won 2-0 at Rayo Vallecano, but have a game in hand over their title rivals.