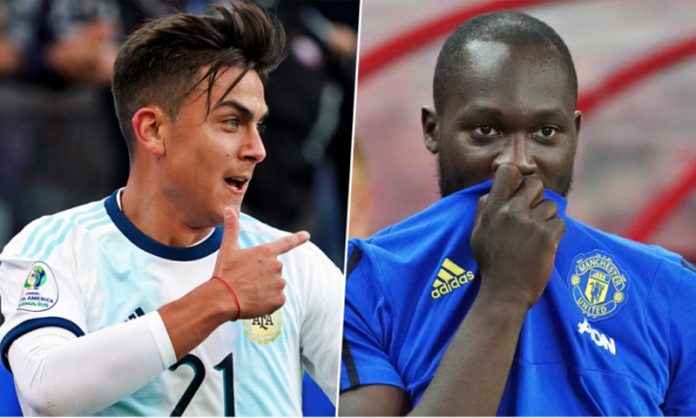 Manchester United striker Romelu Lukaku has agreed a £160,000-a-week contract with Italian giants Juventus — as both clubs close to make a mega-swap that includes Dybala, according to reports.

The deal is on the edge with less than a week to go until the end of the transfer window, in what could be the move of the summer.

Dybala, 25, had a chat with his new boss Maurizio Sarri after returning to Turin from a break following international duty at the Copa America.

And his representatives’ initial chats with United found the two parties tens of thousands of pounds apart in salary estimations— with Dybala determined to take home as much as United’s top earners.

While United were not ready to cough up such high sums, Goal Italia claim the Red Devils are putting “heart and soul” into forcing the deal through.