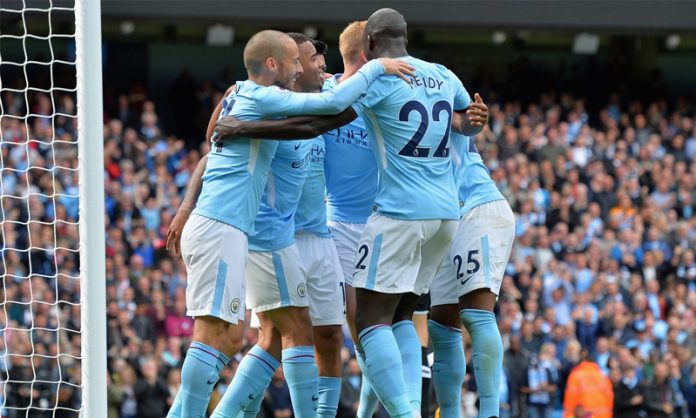 Manchester City moved back ahead of Liverpool to the top of the Premier League with a 1-0 win at Burnley, while Chelsea consolidated their place in the top four thanks to another error from Manchester United goalkeeper David de Gea in a 1-1 draw on Sunday.

Arsenal´s 3-0 defeat to Leicester means Chelsea now hold a two-point lead over the Gunners in the chase for Champions League football next season with United a further point back in sixth with just two games remaining.

In contrast to the faltering form of all four contenders for third and fourth, as Tottenham also lost at home to West Ham on Saturday, the top two continue to cede no ground in the title race.

City extended their winning run to 12 straight Premier League games and now just need to win their final two at home to Leicester and away to Brighton to retain their title and stretch Liverpool´s long wait to win the league to at least 30 years.

Pep Guardiola cut a frustrated figure as City laboured for the first 45 minutes at Turf Moor.

However, they clicked into gear after the break and wave upon wave of attack on the Burnley goal was finally rewarded after the hour mark when Sergio Aguero´s shot squeezed just 29 millimetres over the line before Matt Lowton hacked the ball clear.

The goal was Aguero´s 20th in the Premier League this season.

“We could have won by more distance, I´m so happy for the victory and now we have a week to prepare and hopefully we arrive at Brighton with the chance to be champions,” said Guardiola.