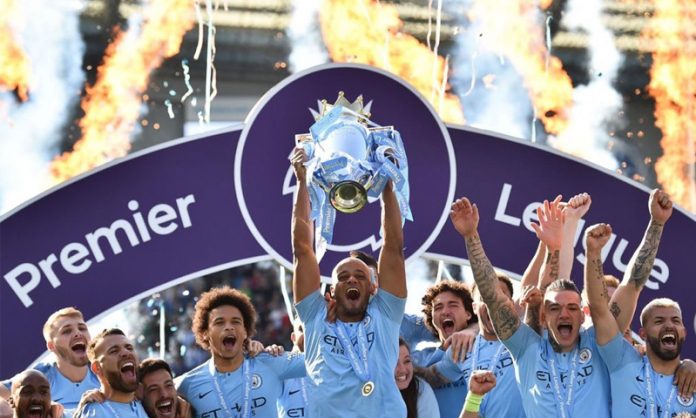 Manchester City rewrote the record books in a near flawless campaign to win the Premier League last season but by holding off Liverpool to retain the title, they have secured their status as true greats of the English game.

A year ago, it seemed City had set impossible standards to sustain in a 100-point season, winning the title with five games to go.

But by amassing another 98 points while being pushed all the way by Champions League finalists Liverpool, and staying on course for the first domestic treble in English football history, City have raised the bar again.

“When the people just suggest we can be one of the best, it’s enough,” said Guardiola who has now won eight league titles in 10 seasons in charge of Barcelona, Bayern Munich and City.

“The big competitors are like this. They are never satisfied. In tennis, basketball, golf, the big athletes they want more and more. That’s why the second one, make back-to-back, show me this kind of thing. Show me it was not enough what they did with 100 points.”

City have now won four titles in the past eight seasons. Complete the treble against Watford in the FA Cup final next weekend and it will be 10 major trophies since the club’s Abu Dhabi owners started pumping huge amounts of money into the famously underachieving club in 2008.

Guardiola’s side are the first team to retain the title since their bitter rivals Manchester United managed the feat in 2009.

United enjoyed a period of dominance in English football stretching over 20 years prior to Alex Ferguson’s retirement in 2013, taking over the mantle from Liverpool, who enjoyed sustained success domestically and in Europe in the 1970s and 1980s.