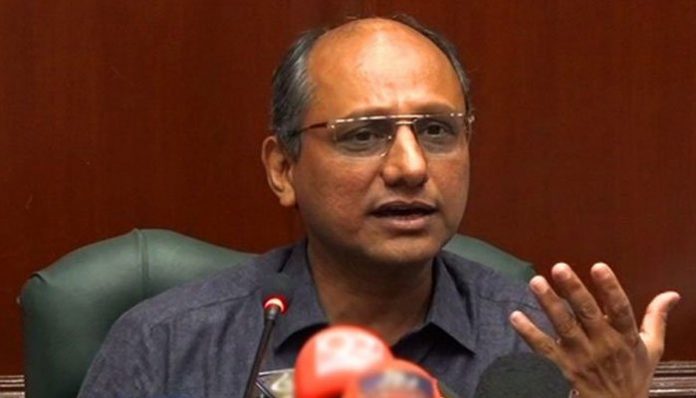 KARACHI: Sindh Labour Minister Saeed Ghani, on Monday, said that local government law has been amended to empower the mayor and chairmen of local bodies to ensure swift decision-making and better facilities for citizens.

The minister expressed this while talking to the media after attending a ceremony held here to hand over fumigation vans to Jamshed Zone of District Municipal Corporation East and distribution of health cards to DMC employees.

The minister said that amendments in LG law have enabled mayor and chairmen of LG institutions to look into matters of basic municipal services and now elected local body representatives could work better.

He said that after the transfer of power to LG representatives, various issues could be resolved at grass root level without the intervention of the provincial government.

Saeed Ghani appreciated DMC East for taking steps to provide facilities to public and said that induction of five heavy fumigation machines will help provide a healthy environment. He hoped that the number of machines would be increase further.

Lauding measures for issuance of the health cards to employees, the minister said that it was essential to provide assistance to employees in education and healthcare.

On a question about political dialogue with PTI, Saeed Ghani said that dialogue could take place if PTI shows seriousness but the attitude of Imran Khan was not serious. He added that the politics of Imran Khan has become a story of the past and Tehreek-e-Insaf will be wiped out in the next election.   Replying to another question, he said that the army has categorically clarified that they will stay away from politics and all the democratic political parties should welcome the announcement.  To another question, Saeed Ghani said that Sindh government would not leave the flood victims alone and will compensate their losses.

The government will assist flood victims in rebuilding their houses while financial assistance would also be extended to the affected farmers, he added.   Addressing the ceremony earlier, Administrator DMC East Rehmatullah Sheikh said that efforts have been made to provide facilities at all levels to citizens while problems of employees were also being resolved.   Municipal Commissioner Faheem Khan and CEO UIC Omar Salam briefed about health insurance and fumigation vans.