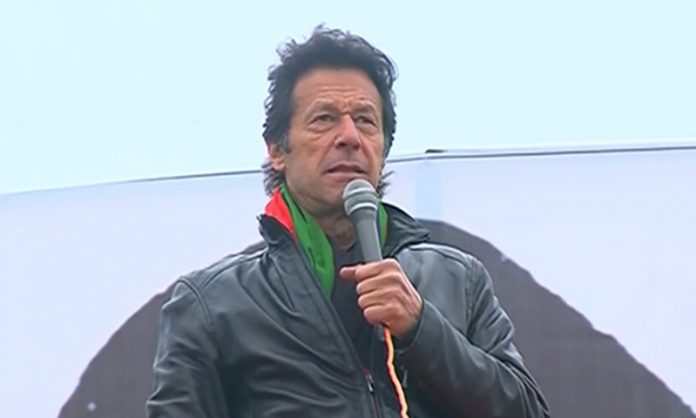 As the audios of high-profile personalities continue to get leaked, a sound bite of former prime minister Imran Khan allegedly telling his then-principal secretary Azam Khan to “play” with the US cypher has come to the fore.

In the audio allegedly featuring Khan, a man can be heard talking about the cypher which Khan — time and again — has claimed mentions the “threat” to remove his government.

Khan allegedly told Azam in the audio — the date of which cannot be ascertained at the moment — that “let’s just play” with the cypher and not mention America’s name.

In response, Azam tells Khan a scheme of how to use the cypher to forward PTI’s political agenda — and in that, he also suggests using Foreign Secretary Sohail Mahmood so the matter can be highlighted at a “bureaucratic level”.

In July, senior journalist Ansar Abbasi had warned that the audio would come forward and the PTI, in response to the blog, said that it would “not sit quietly” if such a thing happens.

PTI Senior Vice President Fawad Chaudhry responded to the development, saying that “the new leaks only confirm the attempt to hide the US cable from the [then] prime minister [Imran Khan]”.