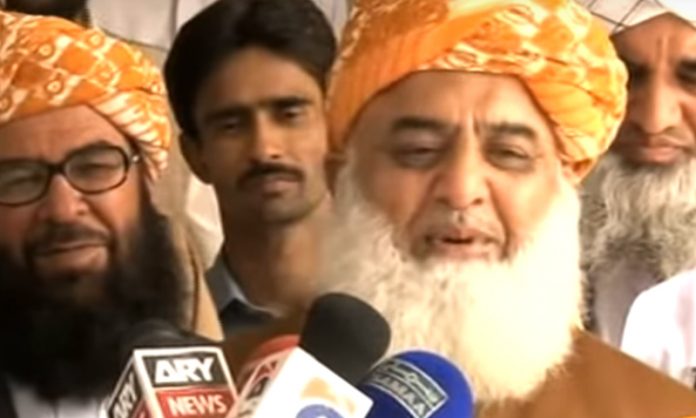 The Jamiat Ulma-e-Islam (JUI-F) will reportedly join the Balochistan government and acquire two key ministries, irrigation and finance, in the provincial government.

Sources say that the Balochistan Awami party-led government have finalized the plan to induct the JUI-F into the government and give them two key ministries. Sources say that multiple ministers, including Sardar Saleh Bhutani and Ahsan Shah, would be removed to accommodate JUI-F.

Additionally, all PTI ministers, barring Nassebullah Murree, would be removed from their positions. Nawabzada Tariq Magsi would be the new Minister of Irrigation, and Noor Muhammad Damar would take charge of the Finance Ministry, government sources said.

Speculations about the JUI-F joining have been circulating for a few days, especially after a detailed meeting of a JUI-F delegation with Chief Minister Abdul Quddus Bizenjo in Islamabad.

With 11 out of 65 MPAs, the Fazlur Rehman-led party is the second-largest party in the house and the largest opposition party.