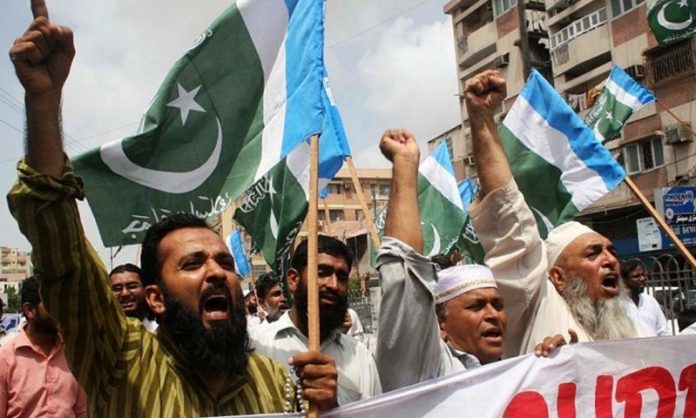 KARACHI: Jamaat-e-Islami (JI) Karachi is going to hold a sit-in against the nexus of the K-Electric, NEPRA and the government, here on Friday evening at Shahrah-e-Faisal.

The demonstration is being held after a prolonged peaceful campaign against the atrocities being carried out by KE against Karachiites.

During the campaign, JI approached NEPRA and the government officials as well as judiciary for resolution of prolonged problems being faced by the people of Karachi.

Instead of resolving the issues, NEPRA proved itself hands in gloves with the KE, triggering the party to launch agitation.

Furthermore, during the campaign, the party hold public courts in all parts of the city. A large number of people had showed their helplessness and miseries being faced by them due to cruel policies and illegal tactics of the power supply company, besides criminal silence of regulatory authority.

Arrangements have been finalized for the sit-in as a large number of Karachiites will be participating in the protest. In this regard, review meetings have been held at grassroots level.

JI Karachi chief Engr. Naeem-ur-Rehman in a statement said that atrocities against Karachiites will not be tolerated anymore. He said that KE will have to payback illegally charged Rs200 billion from its customers. He also held NEPRA responsible for the miseries of Karachities.

He said that instead of providing relief to Karachiites, the regulator increased tariff in separate slabs of those using 100, 200 and 300 units.

The sit-in will be an expression of outrage prevailing among masses against the government, NEPRA and KE, said Engr. Naeem.