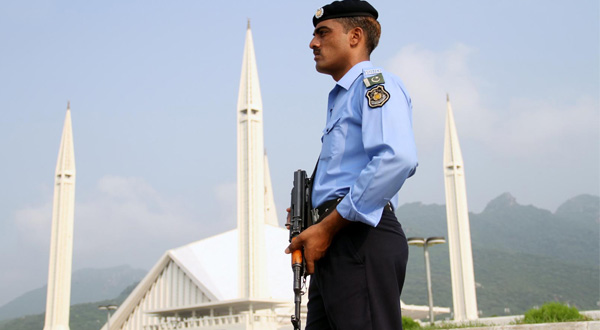 Islamabad Capital Territory police have finalised a strategy to deal with Pakistan Tehreek-e-Insaf’s (PTI) possible long march towards Islamabad to put pressure on the government for fresh elections in the country.

A high-level meeting was held in Islamabad on directions of Interior Minister Rana Sanaullah to deal with PTI’s planned long march towards the federal capital. The meeting was chaired by IG Islamabad Akbar Nasir and Commandant FC Salahuddin Mehsud.

All DIGs, AIGs, SSPs and other senior officials attended the meeting and a detailed briefing was given to counter sit-in call.

The meeting reviewed the overall law and order situation and decided to ensure effective security measures in the city besides enhancing vigilance.

It was decided that any law-and-order situation in Islamabad would be dealt with by using modern techniques. Commandant FC assured that required FC personnel would be provided to deal with the sit-in and a regular plan had been prepared in this regard.

IGP Islamabad said that all the officers should be ready at all times to deal with the law-and-order situation in the wake of an upcoming protest march.

Earlier, it was learnt that the Islamabad police have sought 20,000 security personnel from Punjab and 4,000 from Khyber Pakhtunkhwa, besides requesting 6,000 Rangers troops.