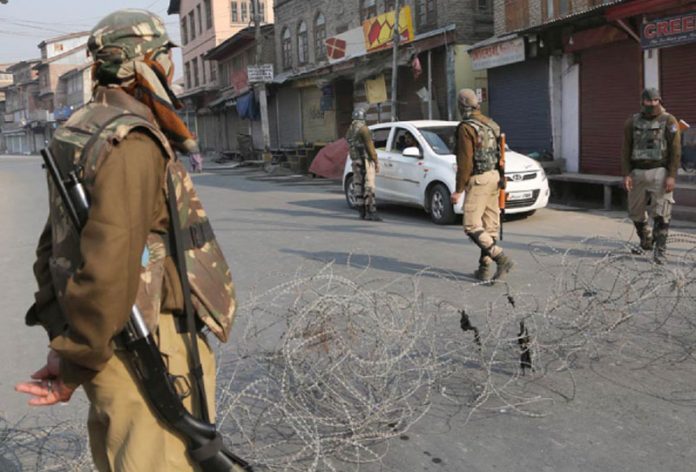 According to Kashmir Media Service, the forum spokesman in a statement issued in Srinagar denounced the continued house detention of Mirwaiz Umar Farooq and barring him from carrying out social, religious and political activities.

He said Kashmir is witnessing an ultimate form of repression as entire South Kashmir has been converted into a military fortress. “Military might of New Delhi is on a full display across Kashmir as the dance of death has become a regular feature for the Indian forces,” he said.

The spokesman also condemned the re-arrest of Hurriyat leader, Mukhtar Ahmed Waza. “Every now and then Mukhtar Waza is being lodged in jail and is not being allowed to continue his social and political activities. It is sheer political vendetta,” he deplored.