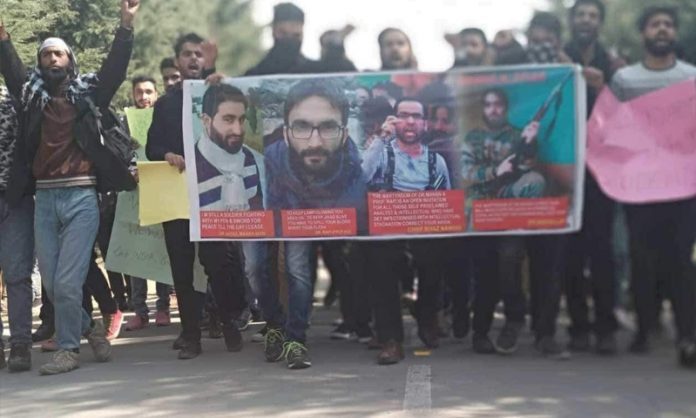 The troops used force and opened fire on the youth protesting against the farcical local bodies’ elections in Soura area of the city. The protesters were shouting anti-India and pro-freedom slogans.

The clashes between forces’ personnel and protesters were going on when report last came in.

On the other hand, the residents of Kaloosa blocked Bandipora-Sopore highway to protest the invoking of black law Public Safety Act (PSA) on five youth from the area.

The families of the detained youth also held a sit-in protest on Monday at mini-secretariat in Srinagar saying that the police authorities had implicated their children on false charges of stone pelting.