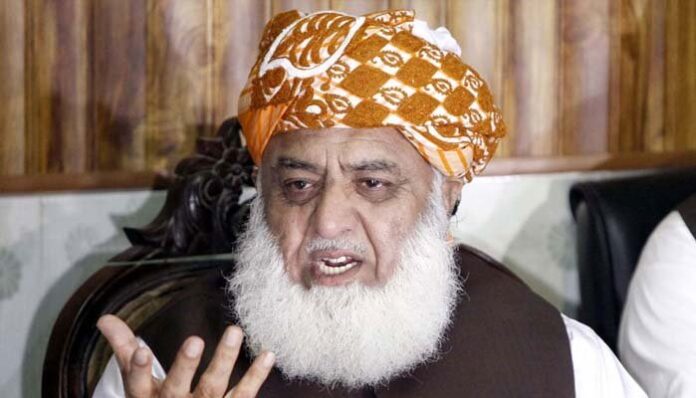 The former prime minister and Pakistan Tehreek-e-Insaf (PTI) Chairman Imran Khan’s days of enjoying political power in Pakistan are now over, the greatest evidence of which is how he has resorted to issue-based politicking.

This was stated by Pakistan Democratic Movement (PDM) Chairman Maulana Fazlur Rehman on Wednesday while addressing the media in Sukkur.

He pointed out that the proof of this was how Imran had resorted to ‘issue-based politicking’ and that its hype was momentary.

Asked about Imran’s comments on the appointment of the next army chief, Rehman dismissed it as another attempt by Imran to politick on a non-political matter.

Asked about his views on the transgender bill in the parliament, Rehman rather snarkily stated that he has nothing to do with it.

He continued that transgenders are the need of PTI, not his party, the Jamiat Ulema-e-Islam (Fazl) JUI-F.