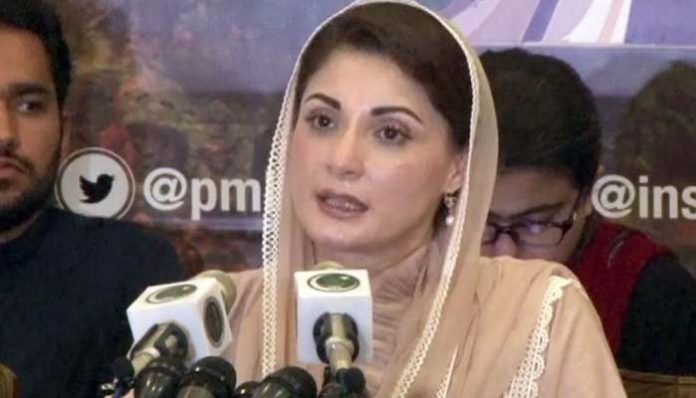 ISLAMABAD: The PML-N leader Maryam Nawaz censured PTI chairman Imran Khan after the surfacing of an alleged audio leak of his conversation with his close aide, in which he could be clearly heard talking about the “foreign conspiracy” cypher.

This clip went viral on the internet three days after the release of audio leaks involving Prime Minister Shehbaz Sharif and others.

“It doesn’t hurt to know that a highly trained group of foreign-funded chaos-mongers tried to jeopardise the fate of the country because that’s exactly what they were supposed to do as they have been paid millions of dollars to spread anarchy in the country.

“However, the worrisome thing is that Imran, the traitor, has been doing it all and everyone turned a blind eye to it,” Maryam said in a tweet.

The audio clip contains a consultation between Khan and his former principal secretary, Azam Khan, regarding a diplomatic cypher that the PTI supremo has been wielding before the nation as a “foreign conspiracy” to dislodge him from the office of the prime minister.

“A 200-million-strong country remained pawned to an incompetent, cantankerous, and traitorous person (Imran Khan) for four years. He left no stone unturned in ruining the country externally and internally and the people like Saqib Nisar gave him the title of ‘Sadiq and Ameen’ (truthful and honest). Is there any crime that has not been proven against him? He is himself saying ‘he has to play with the public’,” Maryam tweeted.