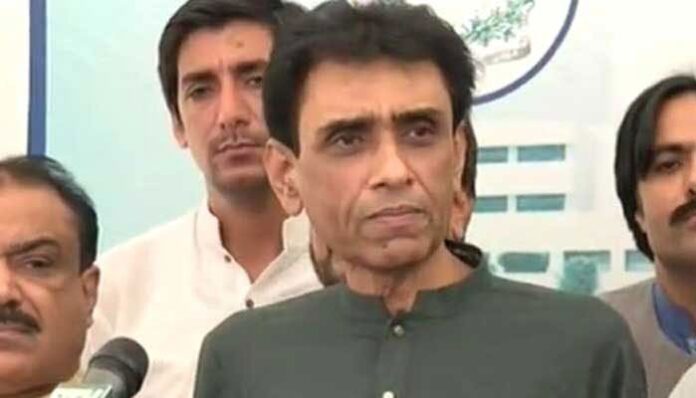 In a statement, Khalid Maqbool Siddiqui said that it is the responsibility of the leaders to keep in mind the importance of civility and moral values ​​in political speeches. Millions of followers follow the political leaders.

He said that in Pakistani politics the services of mothers, sisters and daughters of the nation are invaluable.

The MQM leader said that in the current situation, this speech has hurt the feelings of millions of people. He appealed to the political leaders to refrain from such speeches and statements in future.

Earlier, Muttahida Qaumi Movement (MQM) Pakistan Convener Dr Khalid Maqbool Siddiqui had said that the prime minister should tell if he was not able to recover the missing persons, so that the whole nation should know.

Addressing the function in Hyderabad, Khalid Maqbool Siddiqui said that we are not serving politics in service, we are serving in politics.

Khalid Maqbool Siddiqui said that there is a progress of demands between PPP and us. We are sitting in the federation with certain conditions.

He said that we are asking for offices only because we have the right. MQM does not need any preparation for elections.

Addressing the function, MQM Pakistan leader Wasim Akhtar said that till date we have not got the conditions to work. Our focus is not on power, ministries and governorship, priority is on solving problems.

Wasim Akhtar said that they will take back their lost seats in the next election.