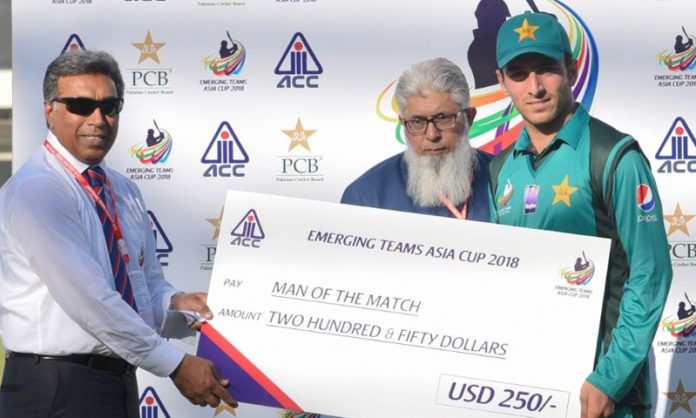 The Pakistan Super League has become a platform for Pakistan’s young talent to learn and excel. 19-year old Multan Sultans bowler Mohammad Ilyas is among players who consider PSL to be a life-changing opportunity.

Ilyas says he grew up idolising Shahid Afridi and Shoaib Malik and today he’s sharing the dressing room with the two best all-rounders the country has produced.

“I always idolised Shoaib Malik and Shahid Afridi and today I’m sharing the dressing room with them. Rubbing shoulders with them is giving me a chance to learn a lot, especially on how to make diet plans to stay fit.”

The Peshawar-born cricketer said that he started playing the sport at the age of 11 and tried his luck in various trials before finally being picked at U-16 trials. Since then, he has taken every opportunity to learn and become a better bowler.

He was member of Pakistan’s team that played the Emerging Asia Cup where he impressed everyone with his fiery bowling, which also earned him a hat-trick.

However, the PSL is totally a different experience for him.

“It’s going very good for me, this format is very exciting, more intense than the cricket I have played so far. I have played Emerging Asia Cup and first class, but this is very different and top level competition where I’m getting to learn a lot from seniors,” said Ilyas.

He pointed out that the presence of international players makes the competition level in PSL like that of an international event.

“You get things here which you don’t get at domestic tournaments at home,” he said.

“My target from the day I left home for PSL was to be among the top five bowlers, I want to see my name placed alongside the likes of Hasan Ali and Wahab Riaz,” Ilyas responded when asked about his goal in the fourth edition of PSL.

And like many, he also wants his performance in the league to be noticed by the selectors.

“Players like Shaheen Shah and Hasan Ali have come from the league and I also aim to give my best and get my career fast tracked. But first and foremost, I will try to give my best to make my team victorious.”

This article is originally published on GEO NEWS