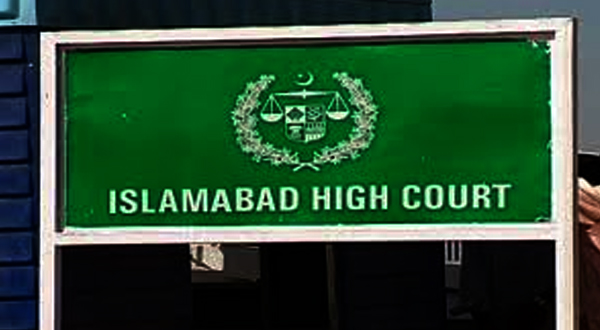 ISLAMABAD: The Islamabad High Court (IHC) has issued an order against the arrest of former federal minister and PTI leader Shirin Mazari.

The Chief Justice of Islamabad High Court (IHC) has issued an order on the petition of Iman Mazari, daughter of Shireen Mazari.

The Supreme Court has ordered the Home Secretary to ensure that Mazari is produced tonight at 11:30 p.m.

The court said that appear and explain why fundamental rights were violated.

Notices have also been issued to the Attorney General and Advocate General Islamabad in this regard.

It may be recalled that a petition was filed by Iman Mazari in the Islamabad High Court against the arrest of Shireen Mazari.

Hamza Shehbaz said that Shireen Mazari is respected as a woman and ordered her release.

He said that the arrest of any woman was not in line with the social values.

He directed that there should be an investigation against the anti-corruption personnel who arrested Shireen Mazari.

He said that if arrest was inevitable in the investigation, then the law would make its own way. He did not agree with the process of arrest of Shirin Mazari.

The Punjab chief minister said that PML-N as a political party believes in respect for women.

He said that we condemn nonsense about Maryam Nawaz but revenge is not our way. He directed the Rawalpindi police to release Shirin Mazari from anti-corruption custody.

It may be recalled that the Anti-Corruption Punjab team arrested the former federal minister from the premises of Kohsar police station in Islamabad from where he was taken away by police DG Khan.