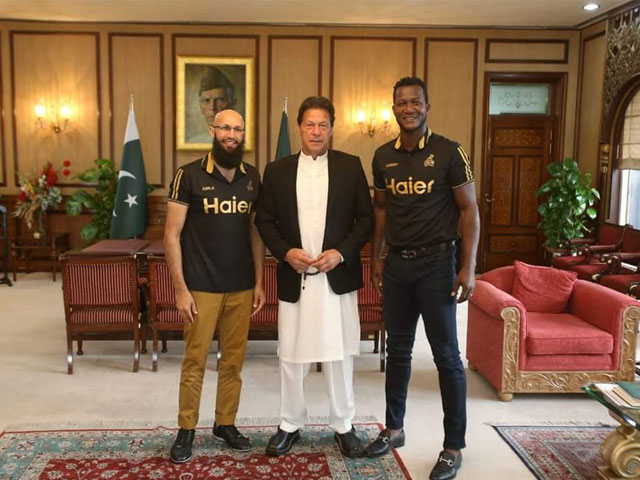 ISLAMABAD: Prime Minister Imran Khan on Wednesday said that he was happy that the entire Pakistan Super League was being played in Pakistan.

Imran said that the holding of PSL in Pakistan was sending a positive to the world.

He also lauded Peshawar Zalmi owner Javed Afridi for his efforts to serve the Pakistan cricket.

On the occasion, the prime minister congratulated Darre Sammy on receiving honourary citizenship of Pakistan.