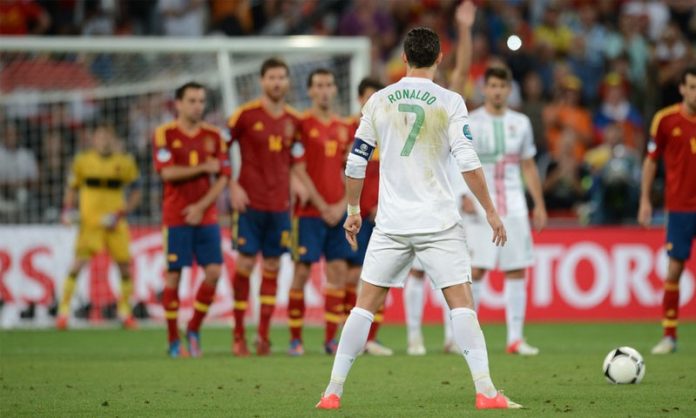 Cristiano Ronaldo responded to his worst run of domestic form at Real Madrid with a record-smashing scoring streak in the Champions League and in Saturday´s final he can join the club´s iconic forward Alfredo di Stefano on five European Cup triumphs.

Ronaldo, 33, leads the competition´s scoring charts for a remarkable fifth year in a row and a goal against Liverpool in Kiev will see him surpass Di Stefano and become the only player to score in four European Cup finals.

Slowed down by a five-game suspension for pushing a referee in the Spanish Super Cup against Barcelona back in August, Ronaldo endured a barren spell of only four goals in the first half of the Liga season as Madrid fell way behind runaway leaders and eventual champions Barca.

Ronaldo continued to reign supreme in Europe´s top club competition, however, and goes into Saturday´s final with 15 goals in 12 games this season.

He became the first player ever to score in all six matches in a Champions League group stage in December and with further strikes against Paris St Germain and Juventus in the knockout rounds he set yet another record in the competition by scoring in 10 consecutive games in the same season.

He recovered his domestic form, too, finishing the Liga campaign with 26 goals, only trailing Lionel Messi who finished top scorer with 34.Ronaldo´s outrageous bicycle kick against Juventus in Turin was widely hailed as the greatest goal in the competition´s history.

He also showed nerves of steel to strike the decisive injury-time penalty in the second leg at the Santiago Bernabeu to pull Madrid through to the semis 4-3 on aggregate.