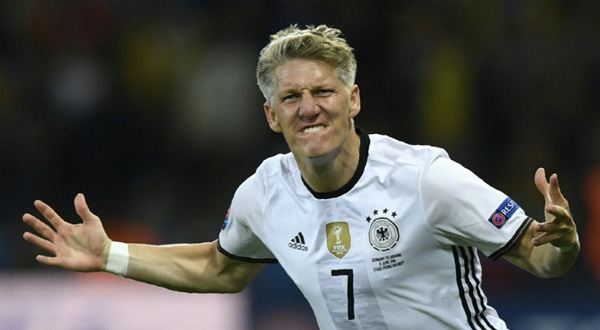 Germany’s football legend Bastian Schweinsteiger has announced his retirement from the game, as he now steps in to coaching career with the national team.

“The time has now come and I will be finishing my active career at the end of the season,” Schweinsteiger Tweeted.

“Saying goodbye as an active player makes me feel a little nostalgic, but I am also looking forward to the exciting challenges that await me.”

The Time has now come: I would like to thank both, you and my teams @FCBayern, @ManUtd, @ChicagoFire and @DFB_Team and of course @AnaIvanovic and my family for their support!

The 35-year-old midfielder has effectively hung up his boots as his current team Chicago Fire team failed to make the MLS play-offs.

Shortly before Tuesday’s announcement on social media by Schweinsteiger, Loew said the midfielder could join his staff.

“We will always have a place for him,” said Loew in Dortmund where Germany are preparing to host Argentina in a friendly on Wednesday.

Schweinsteiger retired from the national team in 2016 after making 121 appearances.