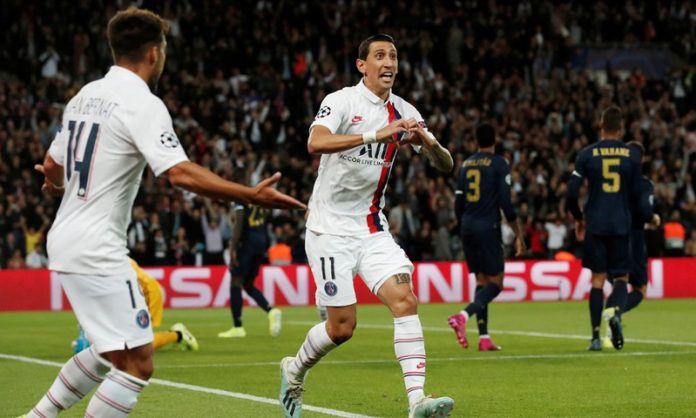 Despite the absence of leading strikers, Neymar, Kylian Mbappe and Edinson Cavani, former Madrid man Di Maria stepped up and scored twice in the first half in a 3-0 triumph at the Parc des Princes.

With Neymar suspended and Kylian Mbappe and Edinson Cavani sidelined by injury, Angel Di Maria stepped up in their absence by grabbing two first-half goals in a 3-0 triumph at the Parc des Princes.

Thomas Meunier added the third late on as Madrid, who beat PSG on the way to lifting the trophy in 2016 and 2018, were soundly beaten in their Group A opener with Eden Hazard kept quiet on his full debut.

It is worth to mention here that, the French giants have failed to make their mark in Europe, crashing out of the Champions League in the last 16 each of the past three years despite the huge sums of money spent by their Qatari owners.