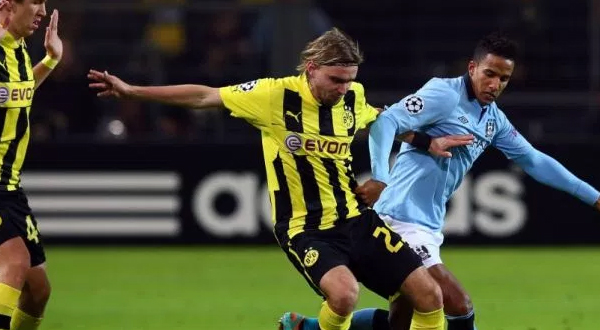 With the transfer window closing Wednesday, Gomez, who reportedly cost three million euros, is the latest teen to join Dortmund.

Dortmund have signed Gomez on an undisclosed “long-term contract” and he will initially join the club’s Under-19 team.

He is their second youngster to join in the January transfer window after Dortmund signed Swiss defender Manuel Akanji, 22, from Basel.

“I’m grateful to Borussia Dortmund for this opportunity to play at one of Europe’s biggest clubs,” Gomez told the German club’s website.

“I feel like I can contribute a lot and I can play in various positions across the attack, but first of all I need to adapt to the coach’s philosophy.”

Gomez scored four times for Spain at the Under-17 World Cup last year and this month made his debut for the Barcelona ‘B’ team.