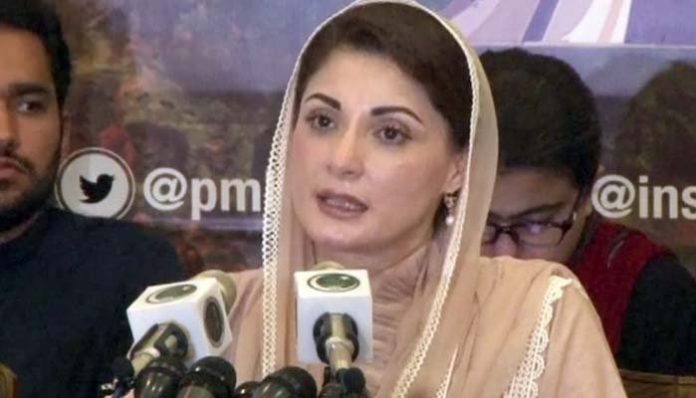 LAHORE: Pakistan Muslim League-Nawaz (PML-N) Vice President Maryam Nawaz in response to Imran Khan’s press conference said that the court has to be vigilant and keep itself away from this political battle otherwise the impression of bias will emerge.

In a statement, Maryam Nawaz said that claims of Rs3 million and spectators of Rs10,000. Now Khan’s is left with embarrassment and confession of failure.

She said that the revolution makes its own way, it does not stop the police from stopping.

The PML-N leader said that the Supreme Court which Imran was abusing a few days ago, today he wants to complete the agenda of anarchy under the guise of this. The court has to be vigilant, one has to keep oneself away from this political battle, otherwise the impression of bias will emerge, she said.

Earlier, PML-N Vice President Maryam Nawaz Thursday berated PTI
Chairman Imran Khan and his party for being “responsible” for the martyrdom of a policeman, who laid his life in the line of duty a few days back in Lahore.

Maryam was speaking to the press outside of the house of the martyred policeman, identified as Kamal Ahmed. She had gone there to meet Ahmed’s widow and his five children.

“The martyred policeman’s wife also blames Khan for her husband’s death,” she said, adding that the PTI chairman has kept his own sons safe in London but “deprived these five children of their father by killing him.”

She said that “real freedom” begins at one’s home, therefore, Imran Khan should first bring his children to Pakistan and teach them what real freedom entailed.

Upon being asked about the “religion card” being used by the PTI workers, the PML-N leader said that religion was suffering harm because of the hypocrites who were using it to get votes.

She added that the government should register a case against Khan because of whom two children lost their lives during the match while a constable was martyred.

“The nation has rejected Khan and said ‘absolutely not’ to him. A revolution makes its own way can’t be stopped by police or any law enforcement agency,” she said while talking about Khan’s claims that the police stopped people from marching.