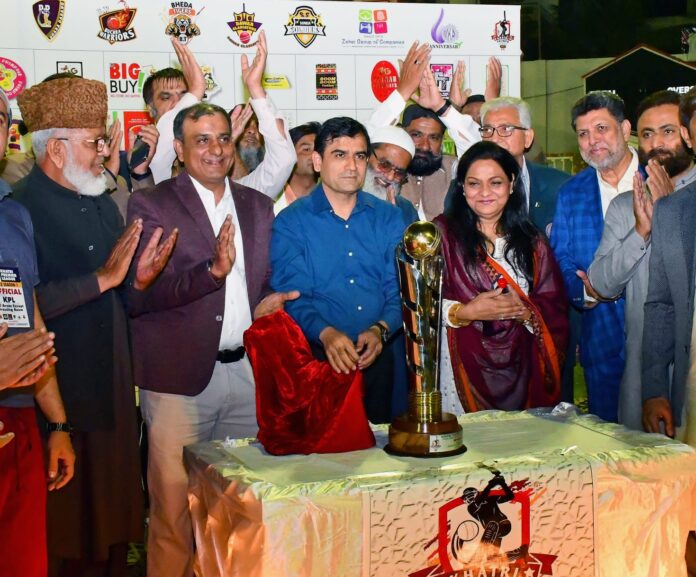 The tournament was organized by Khatri Muslim Jamaat.

In the first season of premier league, six teams are participating. The winner’s trophy was unveiled at the opening of the tournament and a display of spectacular fireworks was held.

On the occasion, a commemorative shield of league was presented to the commissioner and other guests.

The opening match of the league was played between Sports Journalists Association XI and Showbiz XI.