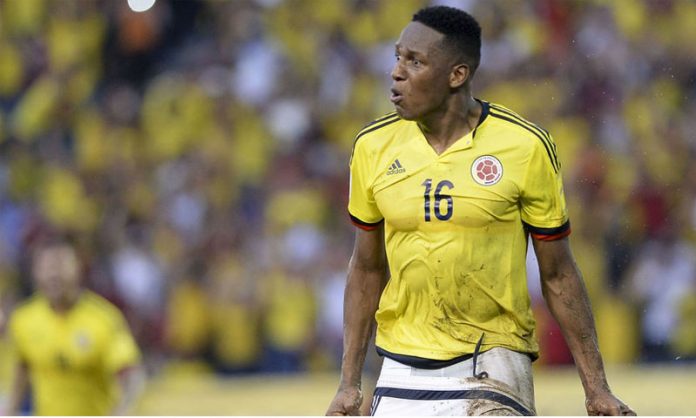 Colombia centre-back Yerry Mina joined Barcelona from Brazilian side Palmeiras on Thursday on a five year contract for a fee of 11.8 million euros ($14mn), the Catalan club announced.

The 6ft 5in (1.95m) 23-year-old is set to fill the void left by Javier Mascherano, who is on the verge of a 10mn euro switch to China’s Hebei Fortune.

The Colombian international will be Barcelona’s second signing of the January transfer window after Philippe Coutinho’s 160 million-euro capture from Liverpool.

Mina has a 100mn euro release clause attached to his contract.

With Mascherino set to leave and injured young French centre-back Samuel Umtiti widely reported to be in talks with Manchester City, Barcelona had faced being left with only two recognised centre backs in Gerard Pique and Thomas Vermaelen.