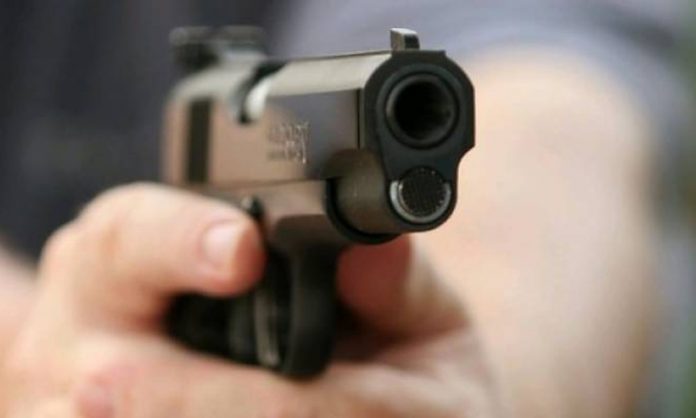 KARACHI: A Chinese-origin Pakistani was gunned down in a dental clinic on one of the busiest streets of Karachi’s main downtown market, Saddar, on Wednesday.

At least two other Chinese-origin Pakistanis were also hurt in the attack.

According to police officials and witnesses, the incident took place in Hu Dental Clinic, one of the many Chinese dental clinics which line Preedy Street (also known as Shahrah-e-Liaquat) near Empress Market on Wednesday afternoon.

They said that a man reportedly came for treatment at the clinic where 32-year-old Ronald Raymond Chou, 50-year-old proprietor Richard and his wife, 45-year-old Phen Tayang were present.

All three are Chinese-origin Pakistanis.

Officials and witnesses said that a man who came seeking treatment, allegedly took out a handgun and allegedly opened fire.

As a result of the attack, Chou was shot in the neck and died on the spot while Richard and Tayang were injured. Richard was shot in the abdomen with the bullet still lodged in his body. Tayang was also shot but the bullet exited her body.

Soon after the incident, police rushed to the spot and cordoned off the area.

The two injured were rushed to the Jinnah Postgraduate Medical Center (JPMC). After their health stabilized and completion of medicolegal formalities, they were shifted to the Aga Khan University Hospital (AKUH) for further treatment.

The police said that initial investigations suggested that at least two people were involved in the attack.

They added that they are retrieving footage recorded by the closed circuit television (CCTV) cameras installed around the clinic which initially showed that the assailants flee on a motorbike.

Police officials added said they have also recovered seven bullet casings from the scene which will be sent to a forensic lab for further investigations.

The officials said they have sealed the crime scene and registered a case of the attack.

Moreover, they have started using advanced technology to trace the potential suspects.

Talking to media, Shahid, an employee at the Hu Dental Clinic, said that a man wearing pant and shirt arrived at the shop on Wednesday afternoon.

Since the door of the clinic is kept locked from the inside, Shahid said that the gatekeeper was asked to hold the door ajar to inquire what the man wanted.

“The attacker came inside the shop and sat at the reception,” Shahid said, adding that “The man scanned the shop for a while and then went outside briefly.”

When the man reentered the shop, he pulled out a gun and started firing.

Shahid added that their establishment is spread over two floors, a clinic on the ground floor and a laboratory on the floor above. He said that around 15-20 people work in the clinic at a time and most of the workers were present when the attack took place.

He further said that several employees, most of whom are non-Chinese-origin locals, were present in the shop at the time of the attack but the assialant only shot at the proprietor, his wife and Chou.

Yasir, who worked at a clinic next to the one run by Richard, said that the establishment was nearly 40-45 years old.

“The owners were courteous towards their neighbors, were always respectful towards everyone,” he said, adding that they mostly kept to themselves.

Asked about the incident and if he had seen anything, Yasir said that when they heard gunshots, their first instinct was to retreat further into their own establishment before venturing outside to see what had happened.

He added that then a man who works at the attacked clinic rushed in and asked someone call the police and ambulance.

Yasir said when they inquired why, the man told them that some one had shot his boss and fled.

He has sought a report on the attack from the provincial chief secretary.