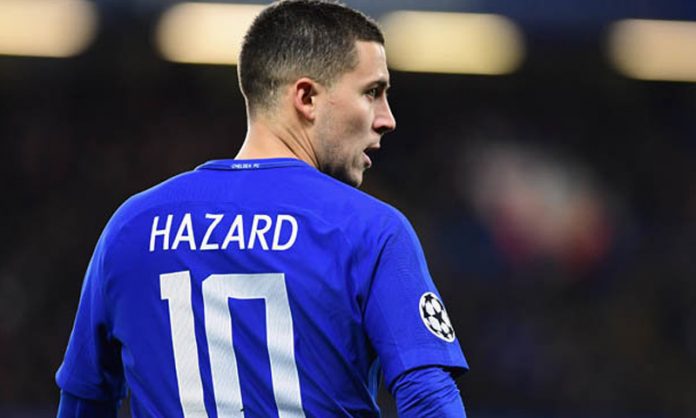 Now Blues boss Maurizio Sarri has declared that Hazard is free to leave if he wants – but the Italian hopes he chooses to stay put.

The Belgium star continues to be linked with a move to Spain’s Real Madrid, having declared in October that a switch to the Bernabeu was his dream.

Hazard, 28, has a deal at Stamford Bridge until 2020 and risk losing him for nothing.

If no new deal is agreed before the summer, then Chelsea will need to decide whether to cash in.

Hazard has scored 10 goals and laid on 10 more for teammates in the Premier League this season, with Chelsea occasionally appearing over-reliant on their leading man.

And Sarri, speaking ahead of Wednesday’s Premier League clash at Bournemouth , said: “Eden is 28. If he wants to go, I think he has to go. Of course, I hope the opposite, I hope he wants to stay here.”

“He has the potential to be the best player in Europe at the moment.”