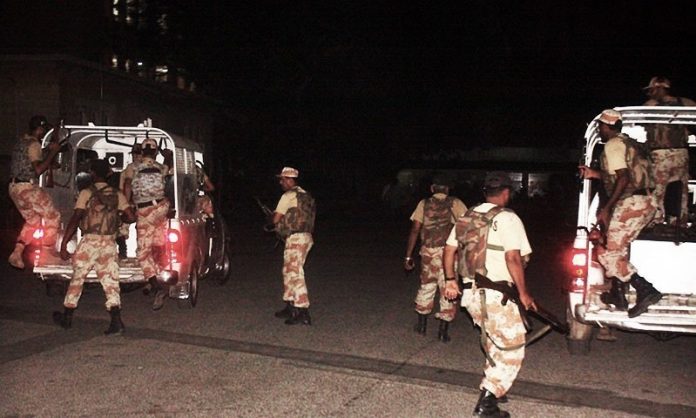 Karachi: One rangers officer died while six people including two rangers officers were also injured due to a car collides with a rangers mobile at Shah Faisal colony bridge.

According to details,Friday night a high speed car hit the rangers mobile at Shah Faisal colony bridge in the limits of Shahrafi Goth Police station,due to which three rangers officers were seriously injured,they were rushed to a nearby hospital.  The speeding car and rangers mobile were severly damage in the accident.

SHO Sharafi Goth police station Adil Shah said that,according to initial information the accident occurred due to high speed, Rangers mobile were busy in petrolling, However the driver lost control of the speedy car and collided  with the rangers mobile from behind.

He also said that a rangers official who was seriously injured in the accident has been dead during the treatment which has been identified as Constable Tufail.