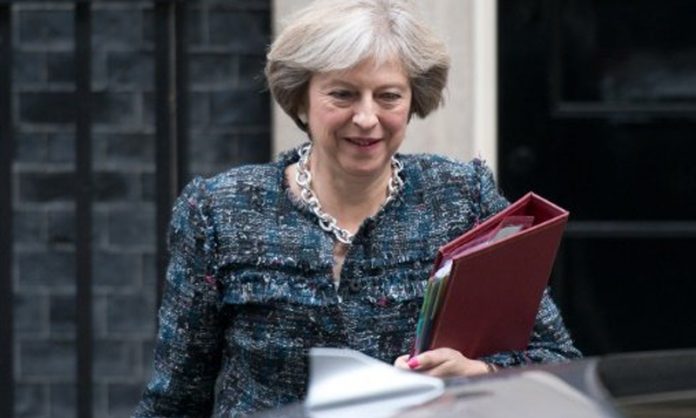 LONDON: British Prime Minister Theresa May will seek to allay fears of the disruptive impact of Brexit after a wave of criticism when she addresses European Union leaders on Thursday at her first EU summit.

May will use the leaders’ working dinner in Brussels to confirm her plan to start formal exit talks by the end of March, paving the way for Britain to leave the bloc by early 2019.

The timetable, set out earlier this month at her Conservative party conference, was welcomed by European leaders who had been pressing for a swift divorce since the referendum vote to leave in June.

But May also angered many member states by stating her intention to control EU migration into Britain while at the same time seeking “maximum freedom” to operate in the EU’s single market.

European leaders have repeatedly said that the two demands are incompatible, and have warned that London should expect to pay a heavy price for its decision to leave.

The face-off has caused the pound to plunge to historic lows and raised global economic fears about the impact of a so-called hard Brexit.