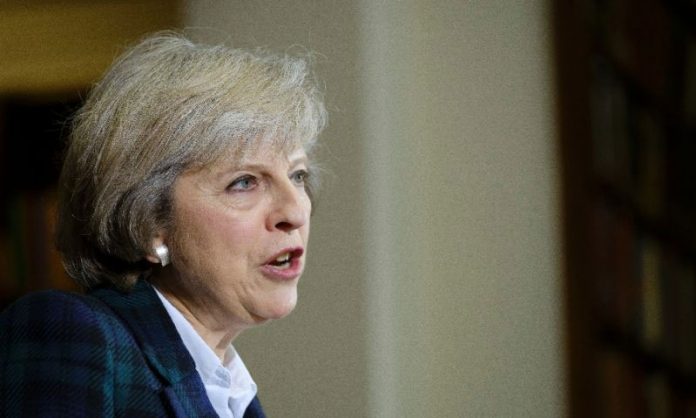 LONDON: Up to 40 lawmakers from British Prime Minister Theresa May’s Conservative party could back a motion in parliament demanding she publish her plan for Brexit before starting negotiations, it emerged Tuesday.

The rebellion might be enough to push the opposition motion through the 650-seat House of Commons on Wednesday, in a symbolic blow against May’s refusal to provide a “running commentary” on her strategy for withdrawing from the European Union.

The government is currently fighting a legal challenge at the Supreme Court to stop parliament having the final say on a decision to trigger Article 50 of the EU’s Lisbon Treaty, which would begin formal exit negotiations.

Brexit supporters fear that MPs, who were overwhelmingly in favour of staying in the EU in the June referendum, might seek to delay the process or soften the terms of the break.

The motion by the opposition Labour party “calls on the prime minister to commit to publishing the government’s plan for leaving the EU before Article 50 is invoked”, a process that May says will happen by the end of March.

In a nod to the government’s concerns, it also “confirms that there should be no disclosure of material that could be reasonably judged to damage the UK in any negotiations”.

Former Conservative minister Anna Soubry, a rebel in her party because of her opposition to Brexit, said she would support the Labour motion and “20, 40” of her colleagues may follow.

She said the proposal was “eminently sensible and supportable”.

“The best solution would be for the government to unite all sides of the House by now agreeing to put before parliament their plan for the upcoming negotiations,” she said.

May will be in Bahrain on Wednesday for a meeting of the Gulf Cooperation Council, while a number of her ministers are also out of the country, reducing the government’s already slim majority of 13 in the House of Commons.