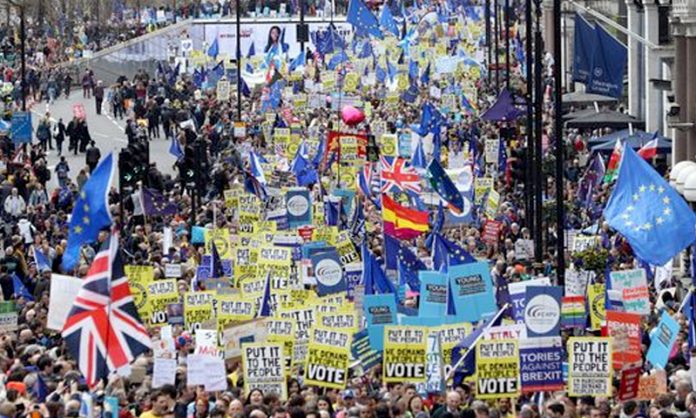 Hundreds of thousands of protesters will descend on Parliament today demanding a deciding vote on Brexit.

The People’s March is expected to draw crowds over 700,000, with politicians from across the political spectrum set to address the protests.

It comes as a petition demanding Article 50 is revoked — which would cancel Brexit altogether – reached four million signatures this morning.

The march piles pressure on under-fire Theresa May, who faces opposition from within her own cabinet as original Brexit date March 29 approaches.

Campaigners will march from Park Lane to Parliament Square followed by a rally in front of Parliament.