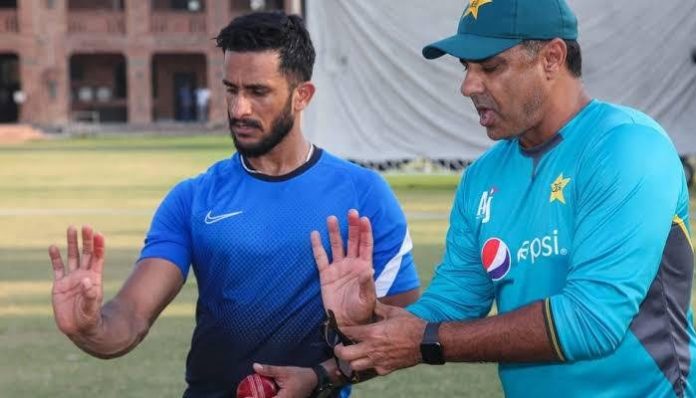 Pakistan’s bowling coach Waqar Younis is impressed by Hassan Ali’s relentless attitude and said that the way the fast bowler has made a comeback is highly commendable.

Hassan Ali has been battling fitness issues for almost 2 years, during which he suffered a fractured rib, dropped out of the national team, did not get a central contract, tried for a comeback in domestic cricket but failed and then rehabbed at the National High Performance Center.

Waqar Younis, who is in quarantine in Australia, told a local TV over phone that Hassan Ali is a match-winner and an astonishing cricketer, whether bowling, batting or fielding, he is 100 per cent ready to figth.

It may be mentioned here that Hassan Ali completed 50 wickets in the first Test against Zimbabwe and was declared man of the match with 9 wickets.