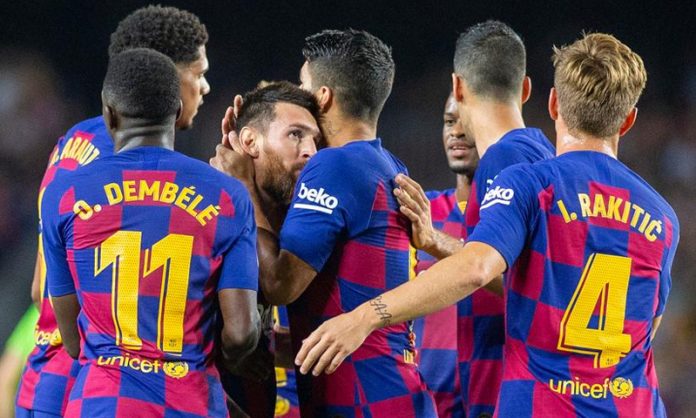 Barcelona made an epic statement against Sevilla as La Liga’s big three are back at the top of the table after the defending champions put on a finishing masterclass to thrash Sevilla 4-0 on Sunday.

Captain Lionel Messi scored his first goal of the season by curling in a brilliant free-kick at Camp Nou after three goals in eight minutes from Luis Suarez, Arturo Vidal and Ousmane Dembele.

Suarez launched the attack with his stunning left-footed bicycle kick, Vidal then finished a superb passing move that involved all 11 Barca players and Dembele powered through to make it three before Messi added a fourth in the second half.

The match descended into farce late on as Barcelona’s debutant Ronald Araujo was sent off and Dembele followed after collecting a second yellow card for dissent.

Victory pushed Barcelona up to second in the table, two points behind Real Madrid and one above Atletico.