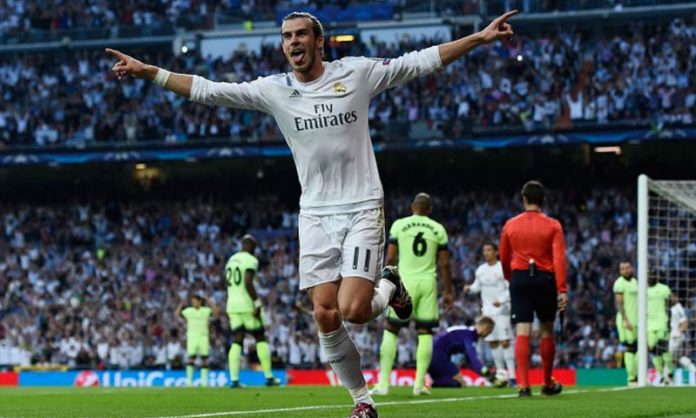 MADRID: Gareth Bale finally returned to training with his Real Madrid team-mates on Friday and will be eased back in after two months on the sidelines, according to coach Zinedine Zidane.

“The important thing is that he is with us, that he trains, plays, because that will stop all the negative things happening around him,” Zidane said at a press conference ahead of Saturday’s game against Malaga.

“I don’t know when he will play. We’ll see, but he feels good and today he trained without any pain.”

The Welsh forward was sidelined in September by a calf problem. He returned to training at the start of this month only to almost immediately fall victim to a thigh injury.

He has not played since the 3-1 Champions League win at Borussia Dortmund on September 26 and has come in for heavy criticism from the Spanish press, frustrated at the frequent injury problems suffered by a player who cost a then world record 100.7 million euros ($117 million) to sign from Tottenham Hotspur in 2013.

Sports dailies Marca and AS recently calculated that Bale has until now missed more than 70 Madrid games through injury since joining the Spanish giants.

Indeed, including Bale’s bumper salary, AS believe his 159 games for the club have cost Madrid 1.06 million euros a match.

But Zidane defended his player.

“We know what he can bring to us. He is strong, powerful, very good technically and he works hard. When he has played he has always done well,” said Zidane.

“A lot is spoken about his injuries, but he is an important player for us. He knows that, I know that and everyone does.”

Zidane did not say whether Bale would be involved against Malaga at the Santiago Bernabeu.

Captain Sergio Ramos is also a doubt for Saturday’s game after suffering a broken nose in last weekend’s 0-0 derby draw away to Atletico Madrid.

Ramos did return to training on Friday wearing a protective mask, but Marco Asensio missed the session due to a minor injury.

Real go into the game in third place in La Liga, already 10 points behind leaders Barcelona after just 12 matches.