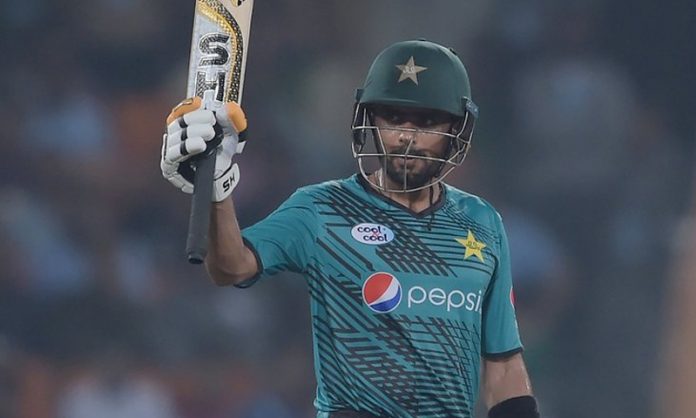 DUBAI: Pakistan cricket team captain Babar Azam has been named the ICC Player of the Month.

Apart from Babar Azam, Australian women’s cricketer Rachel Heinz has also been named the Player of the Month.

Oath taking ceremony of new PM to be held today

Opposition does not have the mandate of people: Qureshi

The award was given to Babar Azam for his outstanding performance in the month of March.

The nominations for the ICC Player of the Month were announced earlier this month.

It may be recalled that Babar Azam had played 196-run innings to save Test match in Karachi against Australia.

Earlier this year, the International Cricket Council (ICC) had declared Babar Azam as the ODI Cricketer of the Year for his brilliant performance during 2021.

Meanwhile, Babar Azam thanked his fans, Pakistan Cricket Board, the ICC, family and his teammates for supporting him.