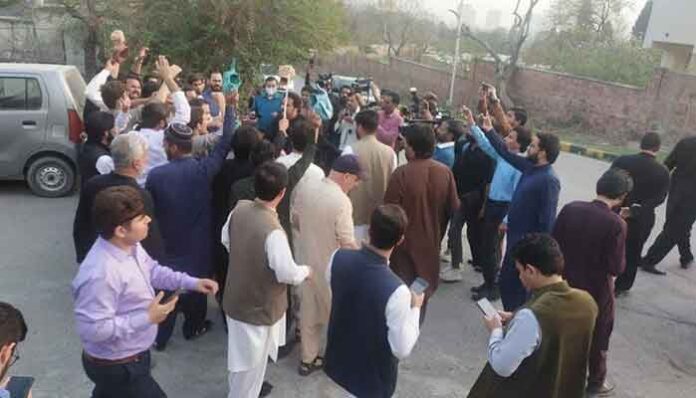 ISLAMABAD: The arrested Pakistan Tehreek-e-Insaf (PTI) activists who attacked the Sindh House yesterday have been released.

The PTI workers were charged with interfering in government affairs and damaging government property, including a violation of Section 144.

Talking to Geo News, Federal Interior Minister Sheikh Rasheed said that the incident at Sindh House was regrettable and condemned it.