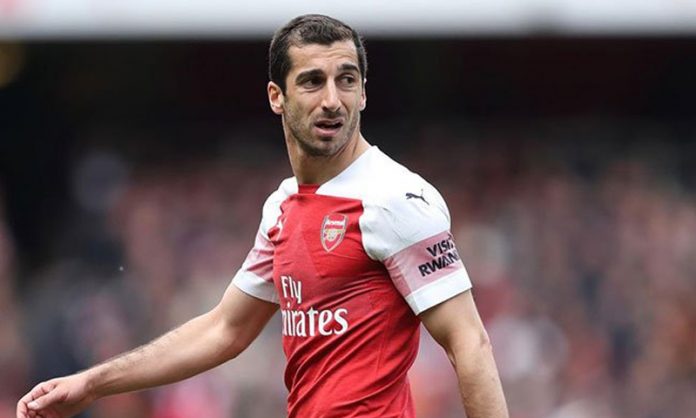 Arsenal manager Unai Emery says he respects midfielder Henrikh Mkhitaryan’s decision to skip the Europa League final against Chelsea in Baku amid concerns over the player’s safety, but host country Azerbaijan says such fears are unfounded.

Armenia international Mkhitaryan’s participation in the match had been in doubt due to the ongoing conflict between Azerbaijan and his native country.

Arsenal had been working with UEFA over securing their player’s welfare but the club said they agreed collectively with Mkhitaryan that he would not be in their squad for the May 29 final.

“It’s bad news, but we cannot do anything for this issue,” Emery told reporters on Tuesday.

“I spoke this morning with Mkhitaryan. It’s a very personal decision. He wants to play and to help us, but they spoke, both family and him, and decided to not go… I cannot push him to come with us.

“I don’t understand the political problems but I must respect (his decision).”

UEFA said a “comprehensive security plan” was in place to ensure Mkhitaryan’s safety in Baku.

“Working alongside Arsenal FC, UEFA sought and received assurances regarding the player’s safety in Azerbaijan from the highest authorities in the country,” European soccer’s governing body said in a statement.

“As a result of these guarantees, a comprehensive security plan was developed and given to the club. While the club acknowledges the efforts that UEFA and the Azeri government have gone to in this matter, we respect the personal decision not to travel with the player.”