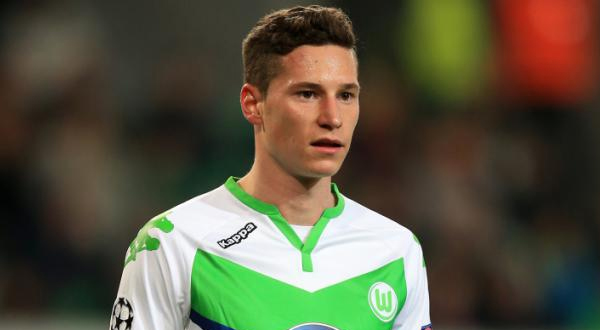 The 22-year-old Germany winger joined to much fanfare last August for 35 million euros ($39m) from Schalke, the club which nurtured him through their academy to become a Germany international.

But with four years left on his contract, Draxler wants out and has gone on the offensive, claiming he told coach Dieter Hecking and director of sport Klaus Allofs three weeks ago of his wishes, although the pair have publically said he is staying.

“Before committing yourself publically, one should speak to me first,” Draxler, who has made 24 appearances for Germany, fumed to daily newspaper Bild.

“As far as I am concerned, I expressed myself clearly after (last month’s) European championships to coach Dieter Hecking that I want to leave VfL Wolfsburg. “The coach has known that for three weeks.”

There are rumours the Gunners want to sign Draxler, who is very surprised “that for weeks now things have been communicated about me in the media” – and the fact Wolfsburg have failed to qualify for Europe next season is an obvious factor.

“I expected something different, for example that someone came to me and asked: ‘how do you see things’?” he added.

The highly-rated winger says there was an gentleman’s agreement between him and the Wolfsburg’s bosses that he could leave if the possibility arose to join a bigger club.

“I was assured verbally when I joined that I can leave if the possibility arises, both from Hecking and from Allofs,” said Draxler.

“It was clear that Wolfsburg was a good prospect, but also a good springboard.

“It was always clear between all parties that I would like to go to a top club, if the opportunity arises.”

Having scored his only goal of Euro 2016 in the 3-0 win over Slovakia in the last 16, Draxler said shortly after Germany lost to France on July 7 in the semi-finals that he wants to leave.

He says he told Hecking how he “sees the whole situation and what I want — namely to leave the club.”